Hey all - it wasn't clear to me when I read the RJ year end update what they are thinking for the R1s Max pack. Does anyone have any insight?

I am a LE R1s res holder with a May-June window. However, my crowded workhorse family SUV is doing just fine, so I could conceivably wait for the max pack (or try to) and just squish for the family vacations in between if the Max Pack had a probability of being delivered in 2023.
Advertisement

Rivian has only indicated that there will eventually be a longer range R1S. Other than that, we know nothing about the actual range, cost, or when it might (if ever) go into production. 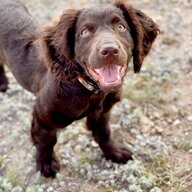 Maybe we should start to pester rivian customer service with questions about the R1S max. It’s a long shot but perhaps the message would get upstairs to provide us with a little more insight. I am sort of in the same boat minus the family. I have a bronco being built soon that I could drive and pass on my LE R1S if I knew if and when a max pack version would be coming.

If that's their plan, I hope people are ok waiting at least 5-10 years for the max pack, because that's the minimum timeline for mass production of any SSBs.
Check out my Google Map of known Rivian addresses plus general locations of all currently-planned RAN sites.

Based on everything we know it seems like middle of 2023 is the best, best case scenario for a max pack vehicle. There is certainly the possibility it ends up getting shelved as well.

I actually just asked CS about the "max pack" R1S the other day. They pretty much said they have no idea when an announcement will be made with details or when it'll be available because they are still doing testing on it. So they pretty much didn't confirm much of anything besides that it's possible that a longer range R1S will be a variant sometime in the future. I'm guessing we're going to be well into 2024 before we see this variant on the streets. Maybe even longer. 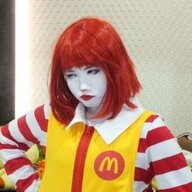 I cannot believe for a second that SS batteries will be available for at least 5 to 6 years. The first to market will easily be Tesla followed by whomever has the cash to disrupt their present day manufacturing process. It won't be Rivian.

Extremely unlikely. If Rivian has already figured out how to mass produce a solid state battery at a reasonable cost and it's only $10k passed onto the consumer they've created magic.

A perspective on max pack for those of you who really believe its critical to have.

The point is owning and driving EVs does require you to plan out your trip better with planned stops at a charging stations. All charing stations along the highways are near shopping centers or restraints. with exceptions of official Rest Stops that have charge stations. So why not plan your charing while you get a bite to eat, stretch your legs or whathaveyou.

For those who say I tow and the range is cut in half, well, it simply means that you'll have to make more stops. I know, if you had max pack, you can go longer without stopping. So that's the outlier case. But trailer people are not standing still. I've seen few trailers with battery pack and electric motor to help EVs offset the penalty. While its not common, it will be here much sooner than Solid State Batteries. Besides, the value of SSD is its life and faster charing ad not necessarily (though can be) the energy density.

It probably makes more sense for R1T because likelihood of carrying significant loads (which make the vehicle heavier and lower the inherent range) is very high. On R1S, 7 people and luggage or stuff still won't add up to significant change compared to what R1T would see (I know you can always create a situation that's an exception....).

From my perspective, as long as it has 300 miles real range, that's just fine and I will make ihat work just fine.

BUT, if you must have range and be EV, 3rd row seats,and soon, well, there is Lucid Gravity with close to 500 miles range and Volvo XC90 replacement (Embia). Both probably will be released before the max pack for R1S. Also there is Grand Cherokee PHEV now and full BEV coming soon too. 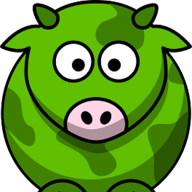 I'm on the sidelines awaiting what, if anything come of a "Max Pack" for the R1S.

I placed a 2nd reservation very recently for an R1S Explore knowing it will be late 2023 or into 2024.
I figured whatever comes of it I can just revise my configuration down the road should it be appealing.

RivianNowPlz said:
I cannot believe for a second that SS batteries will be available for at least 5 to 6 years. The first to market will easily be Tesla followed by whomever has the cash to disrupt their present day manufacturing process. It won't be Rivian.
Click to expand...

Tesla isn't even really working on solid state batteries, and a number of their former battery engineers have said solid state is a false hope. All of Tesla's IP and R&D is focused on improving li-ion
Check out my Google Map of known Rivian addresses plus general locations of all currently-planned RAN sites.

R1S going the way of "The Maxpak"

Rivian R1S in many different colors
2 3