kanundrum said:
I did see that video and wasnt sure if that is a production run/pre-prod etc. I dont think they have any EPA ratings yet or crash ratings yet officially published though I know it was in the works at least last year.

I think both Rivian and Lucid might be in the same position in terms of production and cars its just Rivian is playing close to the heart but Lucid has the potential to over promise and under deliver.

Based on what I've read and heard the CEO say, that's all pre-production activity. They are a couple months from having an actual production vehicle come off the line, although my understanding is that at this point, they are fine tuning the process and vehicle software and not the physical components, so anything that comes off now is theoretically mechanically identical to a production vehicle.

By the end of this quarter, Lucid should have a legal obligation to provide accurate information and exact commitments, which makes them less likely to over promise. Rivian can say June deliveries straight through July without delivering a vehicle. If Lucid pulls that once they're public, they'll be in trouble.

Personally, I don't think either company is doing that...

MReda said:
Personally, I don't think either company is doing that...
Click to expand...

Both in the same boat! Let's see who will finish first! I hope Rivian but nothing concrete besides their word.
L

Lucid did announce the Gravity which will be an SUV, so a competitor to the R1S. I would assume that happens as long as the Air does well, and the IPO. Competition is a very healthy thing, hoping they all do well and push Tesla/Ford/GM/VW/etc/etc to do better.
D

Many (most?) vehicles are released before the crash ratings are available. The Mach e and id.4 are recent EV examples.
K

DucRider said:
Many (most?) vehicles are released before the crash ratings are available. The Mach e and id.4 are recent EV examples.
Click to expand...


I have noticed that trend as well, it doesn't make sense to me at all really as it could be a "KEY" factor in determining if one would buy a car.
D

kanundrum said:
I have noticed that trend as well, it doesn't make sense to me at all really as it could be a "KEY" factor in determining if one would buy a car.
Click to expand...

"To be certified for sale, every new model sold in the U.S. must be crash-tested internally to ensure minimum federal safety standards are met. But a publicly available rating isn’t required.

Currently, no Jaguar, Land Rover, or Porsche models are rated by NHTSA or the IIHS. Last year, those three automakers represented almost half of all vehicles sold without any public crash-test ratings—or more than 185,000 new vehicles on American roads."

This is the direct competition for Lucid 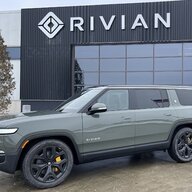 Babbuino said:
This is the direct competition for Lucid

Looks like the old money manufacturers are bringing their a game to the party. Things are going to be crazy for the next several years in the EV space.