skyote said:
I consider obsolescence to mean unusable, but these components should be able to serve the same functions for years.
Click to expand...

I've always defined it similarly, but once when discussing how a Tesla update made their existing products "obsolete," I pushed back and was educated on the fact that a secondary definition is "of a kind or style no longer current."

I agree with you overall. Knobs aren't obsolete (by our definition) and screens shouldn't be, either, even if the graphic style or functions are outdated looking. OTA can keep up to some extent, but there's a limit to how much they can be updated. Since they're important for the operation of the vehicle, the manufacturers should not push software features onto old hardware as aggressively as Apple or other manufacturers do. Vehicle systems should only be updated as needed but without slowing down the responsiveness of the electronics.

One related note, however, is that Tesla is currently faced with a whole bunch of cars with a MCU (center screen/computer) failure. This is from a flash card failure party due to aggressive writes and erases. It happened to my Model X, and it definitely highlighted how reliant I am upon that particular unit working properly. The car was still drivable but it lost turn signals, AC controls, etc. There are few systems on a traditional vehicle that would wipe out so many controls with a single point of failure. 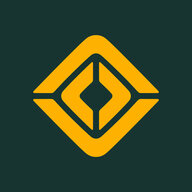 skyote said:
Yep, this day & age it is more about keeping up with tech or wanting a new vehicle. Mechanical reliability used to be a major issue after ~10 years or so, but not as much anymore as long as you properly maintain...and that's ICE vehicles.
Click to expand...


This is very true. ICE vehicles age out typically due to rust or more typically the caustic heat and chemicals used and expelled by an ICE.

Electric Vehicles really dont have this issue. Just ask Taxi and Rideshare companies, the Prius saved them huge maintenance dollars and that was mostly brakes and oil changes!!!!

EVs could theoretically last significantly longer. The tech aging out is more likely, but honestly my BMW is 20 years old and has no "Tech" and its not a huge deal...
R1T, Forest Green, Launch Edition, 20" AT Wheels, Ocean Coast

JeremyMKE said:
ICE vehicles age out typically due to rust
Click to expand...

Unless they're made of aluminum or stainless, EV's will have this problem too. Not many have gotten to the 10-year mark yet, but those that have (and drive where it snows) are beginning to show rust too. I've seen plenty of Priuses with early rust holes.

P.S.Mangelsdorf said:
Unless they're made of aluminum or stainless, EV's will have this problem too. Not many have gotten to the 10-year mark yet, but those that have (and drive where it snows) are beginning to show rust too. I've seen plenty of Priuses with early rust holes.
Click to expand...

I think you are correct. However the heat and chemicals from the burning of petroleum exacerbate this problem was my only point.
R1T, Forest Green, Launch Edition, 20" AT Wheels, Ocean Coast
Advertisement
You must log in or register to reply here.
Share:
Facebook Twitter Reddit Email Link

Thursday at 12:40 PM
koersontap
Am I going to get any answers on leathers or fabrics??

Thursday at 9:31 AM
Friscorays
Advertisement
Top