skyote said:
Those silver anchors in the bed are for the roof rack bars, if you needed to elevate a load over the wheelwell bumps.

I'm curious how much weight the tailgate could support. Due to the 180 degree capability, it lacks the support cables that traditional tailgates have.
Click to expand...

That is a question I have as well. I occasionally transport my sport touring motorcycle (600+ lbs) in the bed of my Canyon with the rear tire sitting on the leading edge of the open tailgate. As the R1T bed is shorter (according to all specs currently available) the rear tire is going to be about in the center of the tailgate. Strength is definitely a concern.
U

R1T4ME said:
@jfrench Ha, I'm not all hot and bothered, but thank you for responding in a delicate/measured way. I probably need to work on my word choice if that is how I came across. I was just trying to frame both sides of the discussion in saying "any sayers". The reality is I have a little bit of buyers remorse right now over my Ram. When my F150 died I needed to buy another truck on relatively short notice, even though I had already submitted an order for the Rivian. In my haste I grabbed a Ram with a 5' bed even though I had a 6' bed on the F150 because I thought it wouldn't make much difference. Well, I'm coming up on a year of ownership now and can confirm that I was wrong, a foot makes a very big difference. During my ownership I've had to do a couple of remodeling projects on my houses, made a couple of atv excursions, done some atv and jetski combo weekends, and needed transport my motorcycle and 50cc scooter a bunch of times so I got very acquainted with the bed, and it's limitations. Not only do most toys not fit with the bed closed, simple things like a ramp or small ladder don't either. Even bicycles and my scooter have to be kept at an angle. I have a cargo trailer but it is not appropriate for routine short trips, and it eliminates the ability to pull any watercraft on that trip. Now, I just want to undo my decision at the next opportunity but am disappointed that Rivian will not solve my problem, and in fact it will make it worse. I don't work with my hands but I rely heavily on my truck to support my active weekends. I really want all of the awesomeness that the R1T brings to the table but I really need for it to be just a little bit bigger to fit my lifestyle. I don't want to be the glutton that needs to keep two trucks in order to get the Rivian experience, hence my lobbying via this post, but that is what it is shaping up to look like.
Click to expand...

I, too, lament the impending extinction of the full size pick up. My F-150 8' bed (w/ camper shell) extra cab is stuffed to capacity when I head to the river w/ my raft for expeditions. If it's raining and I need something like a door, or finished plywood, or sheetrock, it's protected. I get it, though, there's just not enough of us dinosaurs to warrant keeping an assembly line moving. So I'm looking at other options for my guilty pleasures and utility. Thinking that the R1S or Tesla's Model X and pulling a trailer is probably the way to go. Then I can retire my Hybrid Highlander, and drive the F-150 just enough to keep the seals supple. BTW, the Tesla Cyber truck has a 78" bed with the tailgate up which is considerably more useful than the Rivian's.

electruck said:
I completely understand that many people want a cheap electric pickup truck that handles all of their specific use cases. Problem is, Rivian isn't trying to build a low cost general purpose pickup that works for everyone. If they did, they would drive far more orders than their startup is prepared to deliver at first. Thus, initially, they have chosen to tackle a very niche subset of the market. If the product they are building doesn't work for you, unfortunately you may have to wait for Ford or Chevy to deliver an electric option. Or hopefully a future Rivian model will offer the longer bed you desire at a time when they are prepared to deliver hundreds of thousands of vehicles per year instead of mere tens of thousands.

Towing a trailer would certainly be another option for items that won't fit in the R1T bed but this obviously doesn't work for those planning to use the bed and tow a trailer at the same time.
Click to expand...

Trailer towing is important to me and is one reason I selected a Rivian. I can tow my boat to the lake, my horses to the trial and my 16 ft flatbed can haul a vehicle or anything from Home Depot or Lowes.
E

azbill said:
Trailer towing is important to me and is one reason I selected a Rivian. I can tow my boat to the lake, my horses to the trial and my 16 ft flatbed can haul a vehicle or anything from Home Depot or Lowes.
Click to expand...

If my needs were like yours I would be driving a Toyota Tundra with the 5.7 V8 and a 38 gallon tank. I'm just wanting the R1T because I want it. No need for the truck. Had a few trucks in my life but no real need. I"m just concerned that I will go through hell as early Tesla owners have. What I drive now never sees the shop except for service. I don't want to save the world.

ElectricTrucking said:
If my needs were like yours I would be driving a Toyota Tundra with the 5.7 V8 and a 38 gallon tank. I'm just wanting the R1T because I want it. No need for the truck. Had a few trucks in my life but no real need. I"m just concerned that I will go through hell as early Tesla owners have. What I drive now never sees the shop except for service. I don't want to save the world.
Click to expand...

I currently own a GMC Sierra crew cab for towing, It has the 5.7 V8 and is very reliable, even with 170K miles. My point is, even though the bed of the Rivian is 1 foot shorter, it is not a big deal to me, since I already have trailers for hauling longer stuff. I am thinking that I may very well hold on to my GMC for a while, even after getting the Rivian, that way I have a backup for towing in case of any reliability issues. If I did not have the trailers for hauling, then I would worry about the short bed. 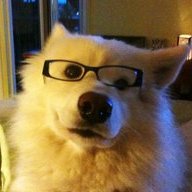 azbill said:
...that way I have a backup for towing in case of any reliability issues.
Click to expand...

Dang, spending $60k to $100k AND having to keep a "backup" for reliability would be disappointing.
C

I concur that the 55 inch bed is too small. that equals 139 CM which won't allow me to place my skis and bikes in the back. The Ford Raptor's bed size is 66".
You must log in or register to reply here.
Share:
Facebook Twitter Reddit Email Link