So another Tesla blew up this weekend.

Makes me wonder. Tesla’s seem to catch fire and blow up Regularly. As far as other electrics:

Seems to be a pattern here. If a Rivian catches fire would be pretty in line with every other EV. Anyone thinking twice about that in their garage? I mean it’s still rare but...
C

DocTwinkie said:
So another Tesla blew up this weekend.

Makes me wonder. Tesla’s seem to catch fire and blow up Regularly. As far as other electrics:

Seems to be a pattern here. If a Rivian catches fire would be pretty in line with every other EV. Anyone thinking twice about that in their garage? I mean it’s still rare but...
Click to expand...

I am concerned with anything catching fire in my garage. About 30 years ago my neighbor was kind enough to let me park my old 1976 camero in his back yard garage to work on it, But his wifes 1967 impala convertible was parked in the way in front of the garage outside, the neighbor gave me the keys to move it out of the way so I could get my car in the garage.I went to start the car, turned the key......did not start... 20 seconds later smoke rolling out from under the. 15 secconds later fire, and 10 seconds later the car looked like that Tesla burning furiously, called the fire department,they got there aboutin 5 minutes car was almost completly burnt out by the time they arrived. Thank God, the Impala was not in the garage at the time, and thank God the neighbor took it well, ...... Whew!
H

In 2017 BMW recalled 1, 412,000 cars due to risk of spontaneous fires, even when the vehicles weren't being driven. The incidence of fires had become so high that BMW asked owners to park their recalled vehicles outdoors until repairs could be made.

In the three years of 2014-2016, there were 171,500 vehicle fires reported in the U.S. alone. In the six and a half years from 2013-2019 YTD, 20 Teslas have caught fire. Every Tesla fire gets massive national news coverage. ICE fires are never reported outside of local news outlets, if at all.

One in eight fires to which fire departments respond are ICE vehicle fires.

A 2017 National Highway Traffic Safety Administration study of the incidence of fires in vehicles concluded, based on data trends, that "the propensity and severity of fires and explosions from the accidental ignition of flammable electrolytic solvents used in [lithium-ion] battery systems are anticipated to be somewhat comparable to or perhaps slightly less than those for gasoline or diesel vehicular fuels."

I don't think you need to worry too much about a Rivian setting your house on fire, at least if you're not worried about parking a car full of wiring with a tank of volatile hydrocarbons in your garage.
S

My wife and I rented a Dodge Challenger from National a few years ago. When we arrived at the hotel (Arizona Biltmore), the front end of the car burst into flames. Great work by the hotel valet and security staff. No one was hurt and our luggage survived.

A couple of weeks later I read an article about a recall of some Challengers whose wiring harness was defective / improperly installed.

The issue is one of relative risk -- is an EV more or less likely to catch fire than a ICE?
H

Data thus far show that EV's pose a lesser fire risk than ICE vehicles. I suppose time will tell, but a lot of tolerance for risk is born of familiarity. Many observers have noted that if gasoline were proposed as the ubiquitous fuel for cars in the era of OSHA laws, it never would have been allowed because of the high risks of refining, transporting, and using such a volatile compound -- not to mention its carcinogenic properties and the environmental impact of underground storage.

We never think twice about what we're hauling around a few feet away when we crank up our ICE cars, but let a few sensationalized pictures of an EV in flames make the rounds and, well, you know . . . .
E

I never gave it any thought but I have 17.9 gallons of fuel almost on my front lap.
B

With 265 million registered vehicles on the road, I actually thought there would actually be more ICE fires.
H

I think the point is that neither ICE vehicles nor EVs have enough risk of fire to give consumers much reason not to own them.
B

Hmp10 said:
I think the point is that neither ICE vehicles nor EVs have enough risk of fire to give consumers much reason not to own them.
Click to expand...

Yeah, I got the point. Regardless, I thought there would be more ICE fires.
H

I didn't think you missed the point. Just clumsy wording on my part. Sorry. 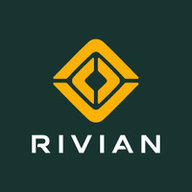 The solution! So ez a caveman could do it...