Your Rivian may cost you more in US than you were expecting ... maybe

... that is, if the Koch brothers and their cronies get their way according to this Sierra Club article
"Who Wants to Kill the Electric Car This Time?"

One of the many groups the Koch brothers help fund to fight the EV tax credit have a slogan for EVs - "Built by billionaires, bought by millionaires . . . and subsidized by the rest of us." ... Hmm, they seem to be missing another slogan - "Kill the EV, increase ICE vehicle sales, so the super rich can get even richer." 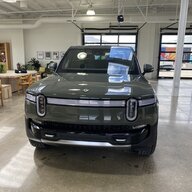 Interesting article, but you must take it with a grain of salt. The Sierra Club has been a strong Democratic Party supporter (to the tune of several million dollars versus about $150k to the Republican Party) over the last several years. The Koch brothers have a constant bullseye on their back when it comes to the Democrats.
H

This is the mission statement of the Sierra Club:

"To explore, enjoy and protect the planet. To practice and promote the responsible use of the earth's ecosystems and resources; to educate and enlist humanity to protect and restore the quality of the natural and human environment; and to use all lawful means to carry out those objectives."

There is nothing surprising or insidious about their supporting the political party that accepts climate change and thinks we must adjust our ways to preserve the environment instead of the party that doesn't.

The Koch brothers are no more targeted by Democrats than George Soros is targeted by Republicans, by the way.

the Sierra Club will not touch population control.

Hmp10 said:
This is the mission statement of the Sierra Club:

"To explore, enjoy and protect the planet. To practice and promote the responsible use of the earth's ecosystems and resources; to educate and enlist humanity to protect and restore the quality of the natural and human environment; and to use all lawful means to carry out those objectives."

There is nothing surprising or insidious about their supporting the political party that accepts climate change and thinks we must adjust our ways to preserve the environment instead of the party that doesn't.

The Koch brothers are no more targeted by Democrats than George Soros is targeted by Republicans, by the way.
Click to expand...

I’m not doubting their mission - my personal mission is to make $1,000,000 by lunch every day. It hasn’t happened yet, but it’s my mission. I’m simply stating to check the source before taking a posted article at 100% truth. I would have said the same thing if it were a similar article coming from a more conservative website or journal. I tend to believe a pilot that tells me the weather is bad at our destination versus the passenger in 6B who just got off the phone with Aunt Mildred and she says it sunny at her house, so there’s no reason why this flight should be delayed.

I’m not sure how you, or anyone for that matter, can lump an entire political party in to one that hates the environment or doesn’t believe in climate change. That seems a little short-sighted, but that’s another topic for another forum. Maybe everyone can just relax a little bit.

Finally, I’m not going to get into a pissing match over who has a bigger target on their back or who throws more rocks at each other’s glass houses, but again- if everyone could take a deep breath before lashing out at someone who either questions someone’s thinking or could possibly think differently, then maybe we could go back to discussing the original topic of the forum - Rivian vehicles.
H

We each stated an opinion on the Sierra Club and the Koch brothers, PoolPilot, neither of us engaging in particularly hyperbolic language to do so.

For what it's worth, I do not believe that all Republicans reject climate change. In fact, I've seen polling data that indicate a majority of registered Republicans support more climate-related environmental regulation than does the current administration. However, in doing so they are at odds, not only with the administration, but with the Party's official platform. (You might note that I referred in my post to the position of the "party", not its individual members.)

As for your advice to check the source of the article, it was clearly stated to be the Sierra Club. My guess is that pretty much everyone on this forum already knew they are a special interest group and what their special interest is.
J

There's absolutely no doubt that BE vehicle subsidies enriching the rich is empirical fact. There is another $7.5k roughly that goes to indirect subsidies in the CO2 offset costs I believe as well - that one is probably wiser, because it is invisible to consumers, and it doesn't get sunset after a certain number of vehicle sales. I am a huge fan of Rivian and what they are doing, but I don't think it is moral that people making half as much as myself should be heavily subsidizing my lifestyle. Having said that, we are all paying these taxes, so take advantage of the subsidies while they exist.
H

We are still in the first 15 years BEV's becoming available to the public. The study reported in the article says that oil and gas subsidies meant to bring them into the mainstream of energy sources during their first 15 years were about 5 times greater than that given to renewable energy technologies (which include BEV's) today, and support given to nuclear energy was about 10 times as great.

The $7500 credit was not aimed at making the rich richer any more than early oil subsidies to help petroleum displace whale oil were meant to make John D. Rockefeller richer. New technologies almost always enter the market at prices much higher then they will eventually command, as high development costs are amortized into early production prices. Early automobiles were purchases only the well-to-do could afford. Early cell phones were exorbitantly expensive. Student loans were offered to engineering students to purchase their Texas Instrument calculators back in the 70's.

The $7500 credit for BEV's was meant to help create more consumer demand so that manufacturers would have an incentive and the financial wherewithal to scale up production in order eventually to bring prices down for all consumers. I personally know three people whose ability to afford a Tesla Model 3 depended on the tax rebate. These are not rich people, but the type of buyers that EV manufacturers must find into order to advance the technology and widen its availability.

This approach is beginning to show results. The Tesla I bought in 2015 for $128,000 can be had today with more power, range, and features for $104,500, in part because the Model 3 has sold well enough -- assisted by the tax rebates -- to widen the base over which Tesla can amortize its development costs.

Rivian, Lucid Air, and other entrants will follow the same trajectory more quickly if they get the same benefit these rebates produced for Tesla.
J

I'm a big Milton Friedman fan. I think he would say, that the progress you're talking about doesn't change the principle involved - it may be that you are in a position to consider a 35k tesla "cheap" and "affordable" for the masses, but it's still a luxury vehicle, statistically speaking. I was surprised to learn that even Bell Grants for "low income" students actually disproportionately hurts the very lowest income people - because they are paying the taxes, but not yet receiving the benefit as much as people better off - again, statistically speaking, nothing being true all the time. Better technology wins, and wins better without subsidies - the oil companies, and perhaps the whale oil producers before them, should have their subsidies removed, I agree, but I don't think two wrongs make a right in this case.
H

What is a wrong is often defined by the eye of the beholder.

Better technology does not always win. Betamax (slightly superior to VHS technically) failed because of a bad marketing choice in cassette size. Google Glass failed because it did not address privacy and security concerns. Apple computers still bring up the sales rear on Microsoft-based PC's because of a flawed strategy regarding open platforms.

Those, examples, however all played out in markets with relatively low entry barriers in terms of investment required. Bringing EV's to market is orders of magnitude more difficult and expensive -- more complex engineering across multiple technologies, the issue of charging infrastructure, the safety implications of product failure. It is a game that can only be played with very, very deep pockets, and it is viewed as an existential threat by some deeply entrenched, wealthier, and more politically-connected interests. Apple could launch from a garage, and social media platforms could launch from a dorm room. Not since the days of Henry Ford's bicycle shop has a car company succeeded from such pedestrian beginnings.

Through the first decade of the 20th century, many people would have bet on the electric car. New York City had a fleet of electric taxis by 1900, ten years later over a third of all cars in the country were electric, and charging stations were sprouting up in major cities. Thomas Edison and Henry Ford even teamed up to work on an electric car. However -- then as now -- EVs were more expensive than their ICE counterparts. The death knell was sounded for electric cars with the explosion of the domestic oil supply after the Beaumont, Texas strike in 1901. From that point forward, the ready supply of cheap oil (at one point it dropped to 3 cents a barrel -- cheaper than public water) put our transportation development on the ICE track. Electric transportation technology -- while more technologically promising and more benign on many fronts -- rapidly withered away.
M

One of the brothers just died so this is now only half true.
A

Sad. I cried myself to sleep last night.

"Built by billionaires, bought by millionaires, subsidized by the rest of us." All true but the question we need to add is whether the man on the street benefits from this subsidy. If the rantings of the climate hysterics are to be believed nudging the millionaires into buying a BEV rather than an ICE limousine will reduce CO2 and benefit the whole planet including the poor people in Africa and the Middle East. Clearly something we would want to do.
Advertisement
You must log in or register to reply here.
Share:
Facebook Twitter Reddit Email Link