If the station is working, you should be able to charge. The maximum charging rate for a Rivian is a little over 200kW, and only for a portion of the charge curve, so you're not really losing a lot using the 150kW stations. 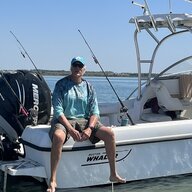 Comstockery said:
I've now had my R1S (launch green, 22" black, BM) for exactly one month. In that time, I've driven about 2100 miles, most of which I accumulated on two road trips. The R1S is my first EV, so I wanted to share my thoughts and experience on the state of charging on long(ish) trips. At the risk of burying the lede, my view is that charging options are, at best, meh.
Click to expand...

Great report. I drive my R1T from Emerald Isle NC to the western DC suburbs (Centreville) about once per month, to see the grandkids (and we sometimes drive the Bolt). Along I95 we’ve used the Rocky Mount NC EA station, Emporia VA EA station (with the Bolt), and the Richmond VA EA station. I’ve had pretty good luck with them, at 350 and 150 units. I’ve not done a DCFC since the .39 update.

Yes we need more places to charge, and more stalls per station. I’m afraid we will be victims of our success for the next couple years until more stations are built out, and full stalls won’t be unusual…

VSG said:
If you've never had any luck at a 350kW station you should probably try rebooting your vehicle to see if that will help. Then try a local station that you know is working (check PlugShare). If you still can't get your vehicle to work at a 350kW station then I would contact Customer Service. There have been a few reports in the past about problems with fast charging, so this might just be a problem with your vehicle.

If the station is working, you should be able to charge. The maximum charging rate for a Rivian is a little over 200kW, and only for a portion of the charge curve, so you're not really losing a lot using the 150kW stations.
Click to expand...

Thanks. I'll give the reboot a shot. There are also a few 200kW EVgo chargers near me. I'm going to see how the Rivian handles 200kW.

These people are saying their road-trip was almost free of charging fees. Of course they had charging issues and had to babysit it and play musical chargers.

If you're spending a half dozen hours waiting around the chargers and having to constantly mess with it but save a whole 50 bucks or whatever, who cares. I'd rather just go with gas at this point, spend ten minutes doing that and pay the fuel charges....I get my sanity and 6 hours of my life back. 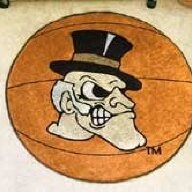 Comstockery said:
I've now had my R1S (launch green, 22" black, BM) for exactly one month. In that time, I've driven about 2100 miles, most of which I accumulated on two road trips. The R1S is my first EV, so I wanted to share my thoughts and experience on the state of charging on long(ish) trips. At the risk of burying the lede, my view is that charging options are, at best, meh.

Trip 1: DC to Pittsburgh and Back

Four days after I took delivery, I loaded up to the family and drove the R1S to Pittsburgh to attend a family wedding. To prepare for our Friday departure, I charged the R1S to 85% on Wednesday using our Rivian Wall Charger. My wife drove the vehicle a bit on Thursday. I then charged the R1S to 100% overnight on Thursday night. On Friday morning, I punched my mom's Pittsburgh-area address into the Rivian map app. The car showed 311 miles of range (Conserve mode, hard regen), and the map showed a travel distance of 251 miles and a remaining charge of 60 miles upon arrival. I was skeptical that we would arrive at my mom's with 60 miles to spare.

Driving to Pittsburgh requires taking I-70 west to Breezewood, PA, where I-70 (briefly) ends; driving a half mile through Breezewood and entering the Pennsylvania Turnpike, which is I-70/I-76 west. I relay this information because all westbound traffic from the Baltimore/Washington area heading west toward Pittsburgh has to flow through this short stretch of Breezewood, as does all traffic heading from Pittsburgh and points west toward Baltimore/Washington. As you can imagine, there are many, many gas stations in Breezewood. And Tesla superchargers. There are two Tesla stations, one on the west-bound side of the half-mile stretch and one on the east-bound stretch. There are no non-Tesla DC fast chargers, however, which is mystifying. In fact, there is exactly one DC fast charging station between Hagerstown, MD, which is about 60 miles northwest of DC, and Harmarville, PA, which is about 5 miles outside of Pittsburgh. That's a stretch of about 175 miles.

We stopped at the one DC fast charging station between Hagerstown and Harmarville, which is an Electrify America station at a Sheetz in Bedford, PA. At that point, we were showing about 140 miles of range with about 110 miles left to drive. The problem, though, is that the max elevation rise on the trip is 2,200 feet and we were headed to a significant climb.

When we arrived at Sheetz, which had four chargers, one was occupied by a Ford transit van and another by an ID 4. One charger was unavailable. The other charger showed an error. I called EA and, after, 10 minutes, the charger was reset and ready to charge. I hooked the 350 kw charger up to the Rivian and got to an 80%+ state of charge in short order. The charge rate maxed out at about 174 kw and held there for several minutes. I was impressed with the speed. When we left, there were three EVs waiting to charge.

On Saturday, I needed to charge after driving to and around Pittsburgh on Friday evening and Saturday morning. I charged at an EVgo station in Harmarville. The 350 kw charger worked like a charm. It hit a charge rate of 186 kw and held there for several minutes.

On Sunday morning, I returned to the same EVgo station to charge for the return trip to DC. This time, neither of the newer 350 kw chargers worked, including the one that I had used the day before and EVgo couldn't get either to reset. I used one of the older charger models, which worked fine and held at about 130 kw. There was another launch green R1S from DC charging next to me. When I pulled out, and EQS pulled into charge.

We stopped at the Bedford EA station on the way back to DC. Three chargers were occupied, a fourth was still unavailable and there were four cars waiting to charge (lots of ID 4s on the PA turnpike). We decided to drive to Hagerstown and "topped up" at an EA station at a Walmart. No problems connecting to the 150 kw charger. There were four chargers and all were occupied (two Ioniq 5s and a Kia).

In summary, four charges over three days, two of which required a reset (and one of the resets didn't work); one charger remained unavailable over an entire weekend, and one station (Bedford) was packed.

Trip 2: DC to Raleigh, NC to Wilmington, NC to DC

Last Friday, I drove from DC to Raleigh. Once again, I charged to 100% before starting on the trip. The Rivian map told me to drive 191 miles to an EA station in Henderson, NC, about 45 miles outside of Raleigh, which I did. I plugged into a 350 kw charger, but the charge wouldn't initiate. I tried another 350 kw charger. Same issue. I switched to 150 kw charger, which worked fine. It actually charged at a 153 kw rate for an extended period of time.

I stayed at a hotel in Raleigh that had a number of level two chargers, so I topped up at the hotel. Destination chargers are really helpful and convenient.

After attending a youth soccer match, I had to drive to Wilmington, NC. I hadn't done any planning and learned that there were exactly zero DC fast chargers between Raleigh and Wilmington (and exactly zero DC fast chargers in Wilmington). I decided to charge in the Raleigh area at an EA station at a Walmart to get as much charge as possible. Once again, the R1S would not initiate a charge at a 350 kw charger, but did at a 150 kw charger.

I arrived in Wilmington with 125 miles of range remaining. I remembered seeing a level 2 charger at a hotel when I stayed there last year, so I drove to that hotel and found a free spot at a Charge Point charger. 6.6 kw. I set the Rivian at 100% charge and plugged it in overnight. The next morning and 14 hours later, it was fully charged.

One Sunday, I headed back to DC, a trip of about 365 miles from Wilmington. The Rivian map took me to an EA station in Emporia, VA (Walmart parking lot). When I arrived, three of the four slots were occupied by a Polestar 2, a Lucid and an F-150 Lightning, which was cool to see. I plugged into the open charger, which was 350 kw and, of course, the R1S refused to charge. The Lucid left a 150 kw slot after a few minutes, so I charged using that charger. First, though, I once again had to call EA to reset the charger. I then drove from Emporia (near the NC border) home to DC.

This is a long post, but the bottom line is that we need (1) more charging stations, (2) more chargers at the charging stations, (3) more level 2 destination chargers, preferably ones with a charging rate above 6.6 kw, and (4) better uptime for the chargers that we do have. I have no idea why the R1S had decided that it doesn't like 350 kw EA chargers. I note that the problem started after the latest software update.
Click to expand...

Thanks for the post. I am going to Myrtle Beach soon and looked - there are no fast chargers between New Bern and Myrtle Beach (or in MB!) that I could find. I can get to Myrtle Beach but it may get interesting after that!
Config Date: May 2021
R1T Adventure - Canyon Red/Ocean Coast

Deacon said:
Thanks for the post. I am going to Myrtle Beach soon and looked - there are no fast chargers between New Bern and Myrtle Beach (or in MB!) that I could find. I can get to Myrtle Beach but it may get interesting after that!
Click to expand...

According to PlugShare there is 62.5 kW charger in downtown Wilmington I’ve never used it.. the other DCFC are at car dealers except for the one at Mad Boar on I40. I live in Emerald Isle, but have not used any of the ENC DCFC. From my house I can get to the interstate charger networks. I went to Charleston in late September, but easily made the trip there on one charge and charged at EA in North Charleston for the trip home. Thanks. Think I have it figured out - just takes some planning.
Config Date: May 2021
R1T Adventure - Canyon Red/Ocean Coast

I just completed 1000 miles in two days and I can say that EA needs to get on these unavailable chargers. The bad is they show working on the App but fail to charge. Called EA support to reset the units and still wouldn't initiate. Tried with a CC and still nothing. The person on the phone was nice but in the end not able to help. She immediately took them offline.

First time off roading and the R1T performed wonderfully