Talks Between GM and Rivian May Be Dead

Talks between General Motors Co. and electric-vehicle startup Rivian Automotive Inc. about the largest U.S. carmaker buying an equity stake have reached an impasse and may be dead, people familiar with the matter said.

GM had negotiated potentially taking a stake in Rivian and forging a partnership that may have helped the Plymouth, Michigan-based startup bring fully electric trucks and SUVs to market faster. GM was widely expected to become a strategic investor alongside Amazon.com Inc., which in February led a $700 million equity raise by the closely held company.

Discussions ended in the past two weeks, with Rivian founder R.J. Scaringe wanting to keep his options open, said one of the people. Rivian has had several other potential suitors take a look, the person said. If GM can’t find a way to resurrect a deal, the automaker will continue developing its own electric pickup truck, which is in early stages of development.

“As we have stated, we admire Rivian’s contribution to a future of zero emissions and an all-electric future,” GM spokesman Pat Morrissey said in an emailed statement. “Talks occur on a regular basis in the auto industry between a variety of partners, but as a matter of policy we don’t discuss who, where or when those discussions might occur.”

A deal would have contributed to both sides achieving key goals. GM would be able to introduce an electric pickup quicker than it could with its own internal engineering, and Rivian would benefit from the larger automaker’s manufacturing prowess and global purchasing muscle.

Under Scaringe, Rivian has developed a platform it says can be used as the base battery and electric-drive system for full-size pickups or SUVs. GM was interested because its own next-generation electric vehicle and battery system is designed for small and mid-size cars and crossover SUVs.

In a February interview, Scaringe, 36, said he wants to sell Rivian’s technology to multiple players. The startup is looking to expand its capital base for the next development phase after delivering its first vehicles next year. It has raised about $1.15 billion so far.

The startup’s battery-powered R1T pickup and R1S sport utility vehicle concepts drew rave reviews at the Los Angeles Auto Show in November and are expected to deliver as much as 400 miles of driving range.

Rivian acquired a vehicle-assembly plant for a bargain from an established automaker. It bought a factory in Illinois for just $16 million from Mitsubishi Motors Corp. in early 2017. Similarly, Tesla Inc. builds its electric cars at a facility shuttered by Toyota after GM pulled out of a joint-manufacturing venture there as part of its 2009 bankruptcy. 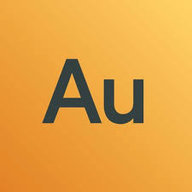 Thanks for posting; I saw this earlier today. I had been wondering if GM and Rivian would do some sort of trade such as Rivian providing their platform technology in exchange for capital investment as well as agreements to allow GM dealerships to be used to service Rivian vehicles. I guess we will see in the next 12-14 months what is going on behind the scenes whenever we get more info! I'm excited to keep learning more! If Rivian does not partner with GM, I wonder who they will partner with (especially for a service solution). RJ had mentioned using previously established dealerships as a possibility for a service solution.
C

Rivian is either going to have to build a network of chargers themselves, or start partnering with someone who will, AND they will need to establish service centers. I am not going to buy a vehicle without a large and dependable charging network nor a service network.
Advertisement
You must log in or register to reply here.
Share:
Facebook Twitter Reddit Email Link