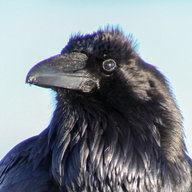 Wow. You were busy! On these three points I hope that this all degrades gracefully in the absence of an LTE cell connection. Like, umm..., at my house or at many of the locations where I might take an EV adventure vehicle.

You'd think that this would go without saying but I have a counterexample sitting in my driveway. Sigh.
OP 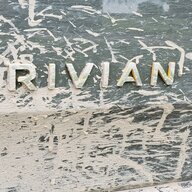 SpinDoc7 said:
Did anyone happen to ask about a glove box? Doesn’t appear to be any. Maybe the center console/armrest is it. Hmmm.
Click to expand...

There is no "glove box" in the dash. There is a pullout drawer under the console. Cup holders are pullout from the front upper edge of the console, although the rep couldn't pull it out to show me and said they are still working on it.
Looks like most of the questions I had on my list were answered here or they didn't/couldn't answer as yet.

Lil'O Annie said:
There is no "glove box" in the dash. There is a pullout drawer under the console. Cup holders are pullout from the front upper edge of the console, although the rep couldn't pull it out to show me and said they are still working on it.
Looks like most of the questions I had on my list were answered here or they didn't/couldn't answer as yet.
Click to expand...

Swipe left on the first photo to see the others.

I really love the new wheels. Also, zoom in on the yellow line & you can see that "RIVIAN" is printed in it...neat little detail. For comparison - Blue R1T vs Silver

I think both look good. But the blue model is more eye-catching.
OP

Couple of videos have shown up on YouTube for the Seattle event. Both show Rivian loading vehicles into trailers after the show. FUN!! 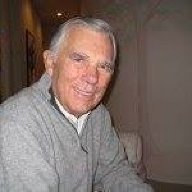 Good to read all of the replies, especially Godfodder0901 who appeared to have a lot of inside info.
It sounds like a lot of new info will be breaking in the near future.
A

I was impressed with the blue even though it was nonmetallic it was striking.

I asked about temporary registration to drive my R1T home from Normal, trading in a current rig and financing a new vehicle. I was told the new partner Cox would be handling all of that. They wanted it to be set up like an Amazon purchase, push one button and be done.

I talked with the gentleman I was referred to about driving the Rivian on snow pack and icy roads especially black ice which pops up unexpectedly. Northern tier drivers know to turn off cruise control in winter conditions to avoid spinning out and losing control. The gentleman who is designing the Rivian system says the problems with ICE vehicles is trying to measure torque and slip from the motor, transmission and differentials all at the same time and that is just too slow. The Rivian traction computer immediately measures wheel speed and torque on all 4 wheels to stop any wheel slip. He said the control of the wheel slip is so finely tuned it will continue the direction of travel the driver is steering without them even knowing corrections are being made.

Two people involved in production assured me the Normal, Il factory has the capacity to produce 50,000 vans for Amazon each of the next two years as well as all the consumer orders with room to spare.

I was hoping to get a chance to meet lil orphan annie but it was way too crowded to make that happen. Perhaps during the test drive phase.

This was an informative event. I am glad I made the 900 mile round trip. Looking at the vehicle up close makes me comfortable with my decision to preorder my truck. The rear power assembly display was good to look at but I would have liked to have seen a skateboard with a nice graphic display of all components and their function.
C

The few other things I learned that I hadn't heard before:

Here’s something I saw elsewhere that I don’t think we’ve discussed yet - the key fob. Interesting - carabiner shape. Bi-fold doors on the center console.