Road Trip: Portland to Antioch to Yosemite to Disneyland and ?? 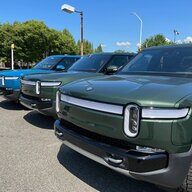 I'm glad to know that I wasn't insane about how conservative the estimates from ABRP is. I mapped out my vacation from Renton, WA to Long Beach, WA and it was estimating 23% SoC on arrival...I arrived with 51% (21" on Conserve). 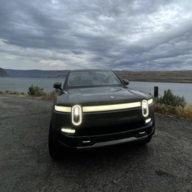 Ok - got lazy, but I did get home last night. Charged up at the Disneyland garage the day before, then woke up and headed north on 101 to San Luis Obispo. I had a work meeting so saw a random charger on the nav, and pulled in to the Calabasas Rondell Smart Park to charge at a 350w EVGo station. The only issue was getting the app setup, once that was done everything was smooth sailing. I actually really liked the UI on their chargers, I feel like it gives way more useful info than EA.

Charged again at an EA station in San Luis Obispo. Nothing major to report. From there I took California 1 up through Big Sur to Monterey. This is a gorgeous road, but it does add significant time to the trip, but at the end of the day well worth it.

Stopped in Gilroy to charge up at an EA station. The 350 charger was only delivery 36kWh, so I switched over to a 150 and it was fine. Grabbed some In N Out and headed north to San Francisco on 101 so I could drive over the Golden Gate Bridge, which I did. From there hit a Fairfield in Rohnert Park that had 6-8 free charging spots.

Woke up the next day, and headed up 101 to the EA station just south of Garberville. Neither the credit card reader nor the tap to pay were working, but the app did. Which was good for me since I had cell signal but not good for the gents in the rented Bolt who did not. In the end I let them use my cell to call EA to get a charge going (I was going to just start their session using my app, but you can't have more than one session going at a time).

Left the EA, and headed to on of my favorite places on the planet - The Avenue of the Giants. Drove that, then hit the EA charger in Crescent City w/o any issues. Took 199 through the redwoods to Cave Junction, OR then on to I-5. One last charging stop in Sutherlin (no issues) and made it home after about 14 hours of driving that day. Awesome trip report, this is leaving me WANTING my R1S and road trips so bad. Looks like you had an amazing time and only a few issues.
R1S March 2021 - Adventure, Quad, Large, LCG 20"AT, Underbody, Cargobars, El Cap/BM - of course
You must log in or register to reply here.
Share:
Facebook Twitter Reddit Email Link