I had a May-June deliver for my R1S that got moved to Ocr-Dec..

For people in the same situation, any movement? 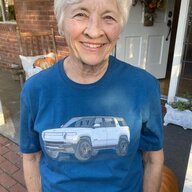 Ya, this is my first EV.

to pass the time I did a short-term subscription through Autonomy. Should have my vehicle next week. I can return it with 28 days advance notice after the 3-month min commit. Just in time for October. For now they only service CA. 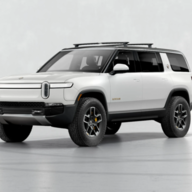 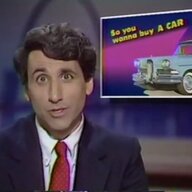 We won’t hear anything until the Aug-Sept R1S deliveries have heard.

I am tentatively expecting the Aug/Sept R1S deliveries to be like the R1T‘S “Jan/Feb” deliveries this year. Those were delayed to March, but once they started, they went fast, and people with later dates began hearing very shortly thereafter. So that means probably November or later for us, but not too much later. 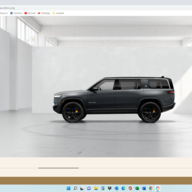 Still no guide but did not expect one in August.
I did get a Tesla from Autonomy, which I am not impressed with the build quality. Doors feel very light, door handle does not feel substantial. The only thing I like is the acceleration and not having to buy gas! I can see why Tesla's got so popular, but with more competition, I think we will start seeing their sales slowing down.

Good to start seeing R1S's at Rivian Service Centers. I would love to have my Rivian in September as I would rather drive that up to OR for a trip I am planning at the end of Sept (first weekend of Oct) instead of the Tesla....finding out that Tesla is charging much more at their super chargers for the Model 3....just another reason to add to a long list of why I will not buy a Tesla. 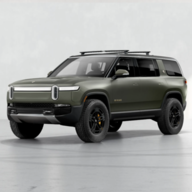 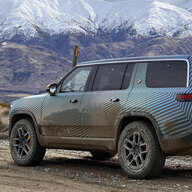 I received an email on the 16th that my configuration was ready to confirm, so when I went into it I realized I needed to change the color-but couldn't through the configurator anymore. The only option it gave me was to contact my guide-which I didn't realize I had at the time but was able to get ahold of him within 10 minutes via the number it provided which was direct to him. I changed the color with him, but also asked about delivery window timeframe and he still kept to my estimated timeframe for October-December, which I'm sure they have to and are trained to reply a certain way when asked this question. Here's where it gets interesting, once it was configured I've received two emails from Rivian in regards to "preparing for the digital purchasing process". I text my guide asking if there was a correlation between receiving that email and delivery timeframe and his reply was "it could be right around the corner, I don't see any details indicating it's coming soon but I also don't see any blockers."

I'm a 11/20 reservation, and my build is a LE with El Cap and Black Mountain, with underbody shields(which is a line change according to the guide, meaning when they build them in batches it's either all shields on that run or none at all built).
Last edited: Aug 19, 2022

Your R1S may be dehydrated when….