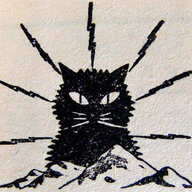 Khaneric said:
Was one of the interiors the grey by chance or are they both black. Were the vehicle touchscreen on to play around with?
Click to expand...

Yes you play with the screen. But I want to drive it!
Advertisement

Khaneric said:
Was one of the interiors the grey by chance or are they both black. Were the vehicle touchscreen on to play around with?
Click to expand...

one black and one green. They had fabric swatches of the grey on display. Much more grey than the site shows 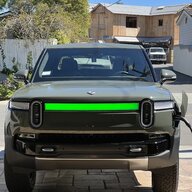 Friscorays said:
They did a good job of hiding the razor wire and armed guards. Can only assume based on the lack of write-ups so far that nobody from the first day made it back home in one piece. Sad.
Click to expand...

I found myself taking fewer pictures and videos than I anticipated, I just took it in. After waiting for three years to see something again( since the la auto show, when I ordered) it was just a moment I wanted to take in. Talk to people, meet the employees, taught a few of them somethings about the truck. Very nice people, great atmosphere, dog friendly.
La Auto Show preorder, LE, LG, BM, 20s

Went early to the Hub event in Venice hoping to beat the crowd. they did a great job displaying the vehicles and allowing you to touch and feel every piece of it from tires to roof top tent. there where several staff members from Normal IL at the event as well with the CA staff. Their was enough staff there that you could spend a ton of time with them asking questions. Going through and using different aspects of the truck from the UI and the interior to all the features on the outside. I talked to roughly 8 different staff members all about different portion of the truck. They had space to relax and look at materials, Kid area for kids to stay entertained while looking at the trucks, they did have a small store onsite. The Blue really pops in the sunlight. there was enough shade around that you could see the truck in different lighting. the Forest green truck was set in the kneel position, to bring the truck to its lowest setting while entering and exiting the truck. this feature is only in park mode it won't allow you to drive around this low for obvious reasons. this setting is 3" lower than the lowest sport mode setting. according the Rivian team member I spoke with regarding suspension. This is the Launch green and forest green colors Launch green to show color contrast in sun and shade. I wish I would have taken more pictures of the colors but my own selection was LG and now I'm looking at possible switching to Rivian Blue or the Limestone but my leave as LG. You could pic up the color chips and take them to the Fabric to see how the colors went together. unfortunately I didn't get pictures of that. thats all of the pictures that I took I wish I would have taken more detailed pictures however I was so busy talking to the Rivian Team members about the truck (which is the point of being there) that I didn't get more. The Rivian Team members where great to work with and from those that where from Normal IL. It seems that it is a great company environment and you could feel it from them as it really seemed genuine. Went on the FIRST MILE test drive in Normal a couple of weeks ago!
And I was somewhat impressed, as my preorder is for the R1S and there were only R1T's. So since the Venice location is now open I that the Chicago location will open soon to give us Midwesterners an opportunity to better appreciate the RIVIANS and options. This will also resolve some of the frustrations of the long-term "2018" preorder holders! 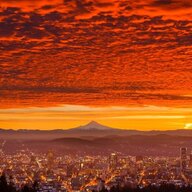 Friscorays said:
It is funny how the most innocuous appearing threads can lead to additions to the ignore list. I used to be pretty judicious with the use of that particular button but came to realize that my enjoyment of this site increased tremendously once I stopped pointlessly engaging with the vocal minority who will never be happy with anything Rivian might or might not do and instead started immediately digitally excising them from existence. In fact, reading responses that are obviously in response to these ghosts is often quite entertaining in and of itself.
Click to expand...

I think I speak for every one of the 15 people who responded to you when I say "Thank you for not blocking us!"

DuckTruck said:
I think I speak for every one of the 15 people who responded to you when I say "Thank you for not blocking us!"

I have you on double secret probation.

In all seriousness, it doesn't take long to figure out the folks that never seem to be able to see the positive side of anything. With something as arguably frivolous as a car related forum, I would rather not expend the psychic energy consumed by getting worked up over their angst and drama.

landpet's experience at the hub.

John W Davis at the hub.

Today at 7:44 AM
Mister Person

Today at 6:40 AM
Riventures
Advertisement
Top