In the States, Tesla gets most of the credit for key battery advances (as it probably should) but, as the article points out, there's actually a fairly broad, industry-wide effort to advance battery technologies, and since most of the major battery makers are Asian, Chinese, Japanese and S. Korean, much of that effort doesn't get as much coverage in the English language press as it deserves.

Indeed, in the three countries just listed, government policies and subsidies to advance battery R&D are an important reason why firms from those companies have jumped into the lead not only in developing new battery technologies but also on being able to deliver those technologies at scale. Success in labs doesn't mean much unless it pans out at auto-industry scale - tens and hundreds of thousands of vehicles per year by maker multiplied by dozens of OEMs on a global scale. Millions upon millions of batteries every year.

Lots of interesting topics are covered in the piece, including lithium iron vs. lithium ion battery chemistry, the possibility of an emergent robo-taxi service, and scientists, by their nature, underpromising and overdelivering. The last sounds like our RJ and Rivian, doesn't it? 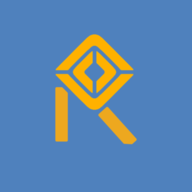 If Tesla really is several years ahead in the battery game then we will likely find out come September (assume that date sticks). There is also a lot of research going into battery technologies, such as solid state batteries. Its clear that the current battery tech isn't going to cut it as more EVs are made and as with any new technology there are going to be many different companies and labs trying to develop the version that will be adopted by the masses. It will be interesting to see where things are 5 years from now.

Tesla has the market cornered for now but they appeal to a different demographic than what Rivian is shooting for. I think for those looking to buy an EV there needs to be a reason to buy one other than good range and self driving. Where I think Rivian will succeed is in the area of providing a functional, premium, and capable product that just happens to also have great range and self driving.

I don't think that Tesla has the lead in batteries as much as many people tend to think. CATL announced their <almost> million mile battery & I enjoy reading about battery research/breakthoughs. There's a lot going on in the space & it's far from a Tesla "monopoly".

Rivian apparently has some pretty incredible battery management IP, and I think another overlooked area is charging technologies that can alleviate shortcomings with current battery chemistry.

I eagerly await battery tech that will double current energy density & maintain the same duty cycles, but I think these advances will continue to come incrementally in the coming years.

Interesting article, thanks. I think what was noteworthy, at least for the US or even NA based auto manufactures, was the last few paragraphs with regards to "where" these ASSBs would be made.


Once they achieve commercialization, U.S. firms have to overcome another hurdle: The relatively slow pace of electric vehicle adoption in North America, compared to that seen in Asia and Europe, means the biggest markets for ASSBs could be overseas.​
​
“We don’t see that same need for capacity in the U.S.,” Frith said. “And if you don’t have the need for batteries, then it doesn’t make sense to build manufacturing capacity there and ship it around the world.”​
​
The smart option for U.S.-based ASSB players, then, may be coming up with a great technology and licensing it to other companies.​
​
“The commercialization route for electric vehicles is more likely to be through partnering with battery manufacturers rather than building their own capacity,” said Frith.​
So hopefully the pace of EV adoption in NA continues but yet another reason for NA to pick up pace some.
You must log in or register to reply here.
Share:
Facebook Twitter Reddit Email Link