I only just pre-ordered the R1T in February so I'm wagering I'm unlikely to see my place in the queue hit before summer 2021 even if Rivian is up and running at full steam 2-3 months from now. Chicago's pickup laws are pretty draconian (EVs don't count) so I'm looking at SUVs or maybe sufficiently lifted wagons (ride-height and moving lots of stuff is important to my wife).

The master plan is this: get something I can pay off in a year that is not a 2001 Civic that will retain 90% of it's value with likely less than 10k miles added to it. Trade in or sell for down payment on an R1T whenever that happens. My mother-in-law's a marine. I have USAA access if that matters.

* Around 100,000 miles is actually a good thing because it's less likely to lose value and the plan is to sell/trade-in in a year maybe two at the most

* Not known for exploding at 100k miles (most modern cars aren't). Ease of resale is perhaps more important than reliability beyond "reasonable".

* Roomy enough to chuck 3 cats, a litterbox and a bunch of stuff into and flee, if it turns out Covid-19 is actually slowly turning us into zombies and only California figured it out fast enough (or possibly some less interesting crisis requiring evacuation).

* At least close to 200-217" because if if that's completely unmanageable in a city we don't have to parallel park in a lot, that would be better to find out on the 1-year car loan than the likely 4-6 year.

* Good for sleeping in on road/camping trips with at least a twin-sized memory foam or inflatable mattress. Lots of camping aftermarket options add bonus points to this point.

*A lot more modern than a 2001 Civic in terms of features we've never had like rear-facing+ cameras, smartphone/music service crap (important to my wife) - anything software-related even remotely related to autonomous driving like adaptive cruise control is less important (I dig it - horrifies her).

* As off-road capable as it can be without interfering with the previous bullet. I care about this one but "Happy Wife" is pretty much the first rule of robotics with me (assume I'm the robot). For instance, I was excited about a Land Rover Disco 2002 with very low miles. No. (also not sure if reasonable reliability)

@Rivian, if you're listening, I know things are in flux but once they aren't, considerations like this are a great reason to maybe reverse that anti-TMI policy I totally respect you for having most of the time; once things are less in flux, at least. In particular, I'm wondering if I might end up with a dilemma where I have this stupid loan that's not easy or cost-efficient to work into a trade-in vs. losing my place in a very long line. Some clue about schedule/details regarding what happens if you want to defer your position for a bit, would be nice once they're available.

My daily driver is a Jeep Grand Cherokee & you might be able to find a good used one around the top end of your range.

Not sure about camping & mattress in it though...
OP

Sadly fails the modernity criterion but wow @34k miles on a Disco 2. Even the vin number is cool.

Pherdnut said:
In particular, I'm wondering if I might end up with a dilemma where I have this stupid loan that's not easy or cost-efficient to work into a trade-in vs. losing my place in a very long line. Some clue about schedule/details regarding what happens if you want to defer your position for a bit, would be nice once they're available.
Click to expand...

I had specifically asked a Rivian employee (Tony but forgot his title) at the pre-order holder table while at the Normal event last October about this. I asked when I'm notified to configure my EV or whatever step in their process that causes me to convert my pre-order to an order implying some type of commitment that would have financial implications to me if I cancel my order, and I'm not ready to take that step (e.g. haven't done a test ride yet, or working on the financing, or whatever reason) would I lose my place in line. Basically his response was no, I would NOT lose my place in line but it would clearly allow others to go ahead of me as they continue to go down the list of pre-order holders. He said when a pre-order is converted to an order, it will be placed in the production queue or whatever would be the next step in process to produce your EV. Granted that was over 7 months ago and he admitted they were still working out the details and was actually in the process of putting a proposal together for RJ to review on this very topic. He seemed fairly adamant on preserving a pre-order holder's place in line as reasonably possible if they don't submit/convert their pre-order to an order right away.

FWIW, in case you were not aware Rivian plans on offering a subscription model (of course no details yet) as a financing option. See thread
Scaringe: Rivian Considering Subscription Based Ownership Option
Though I've heard nothing on this or any financing options for that matter since Cox Automotive made their investment into Rivian. It's my understanding Cox will be either advising and/or handling the purchase process which I take to mean also any trade-ins.

Still way too many unknowns. And what we do know, that hasn't been documented on their website, has to degree become outdated. Yes, it certainly would be nice to get some updates from Rivian even if it's re-iterating what they have said months, ever years, before is still the plan today. But I'm not holding my breath for any news in that area for while until this pandemic allows Rivian and their financial and supply chain partners to get back on their feet and reassess their state of operations going forward.
OP

Well, that's encouraging. But yeah, I suspect they won't be making many promises about anything until we at least have an idea of when this thing is going to be over. Encouraging to see them releasing new video content though.

Subs could be nice for keeping up with current tech but I'll probably buy. I like being able to modify stuff. And I don't want to worry about miles on a truck that's going to be as much epic fun to drive as this one is likely to be.

Yeah, I was told at the Mill Valley/SF event by a Rivian employee that Cox Automotive would be handling trade-ins. He said, they'll roll into your driveway with a car carrying trailer, possibly off load a new Rivian, load up trade-ins, and off they go. That would be a terrific convenience if it happens that way. Out with the old and in with the new in one fell swoop. I'm in.
OP

I'll be trading in a 2015 Mazda CX-9 GT. It's surprisingly agile for a 200" long vehicle. Now I have to figure out what I'm going to do to get this 2001 Civic out of my hair until the DMVs reopen so I can deal with the title I lost. Pretty nice deal though. Just shy of 80k miles so they could sell as Mazda certified. 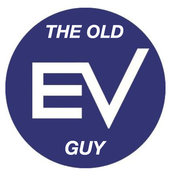 I sent an email to Rivian a few days ago, asking if they will have subscriptions as an option. The person responding, said they were discussing it internally, but for the now, the only options will be purchase or lease.
OP

OldEVGuy said:
I sent an email to Rivian a few days ago, asking if they will have subscriptions as an option. The person responding, said they were discussing it internally, but for the now, the only options will be purchase or lease.
Click to expand...