How will Rivian insulate themselves from a battery shortage and prevent delays?

I believe Rivian has not officially announced who will be their battery supplier but there are plenty of articles on the internet deducing it will be (already is?) LG Chem. If that pans out to be true, I wonder what measures Rivian is taking, if any, to ensure their production schedule will not be affected by a battery shortage as is what is currently happening to Audi and delaying their production of the new e-Tron EV SUV.

"Audi’s delays with the rollout of the e-tron come amidst reports that the German automaker is running into issues with the supply of the SUV’s batteries, which are sourced from LG Chem, the same company that provides cells for other EVs like the Porsche Taycan and the Jaguar I-PACE."​
Even with RIvian's earliest production over a year away, there will be even more EVs entering the market between now and late 2020 adding to the demand for batteries.

Hopefully they're already working on the entire supply chain, beyond just batteries.

I'm curious to know the actual number of preorders, and also to see how many convert to real orders. I'm sure that will be dependent on the available options & associated costs. I think a good portion of preorders will bail either due to high overall cost of attractively-optioned Rivians, as well as emergence of other EV alternatives.

I think I'll probably hold out & pay up for a Rivian, but I'm very curious to see what the Ford Crossover Mustang SUV has to offer.
H

Rivan also has to sort out:

1. Where and how potential customers can test drive the vehicle
2. Where and how the vehicles will be delivered, especially in states that still block EV sales outside of local dealer networks
3. The charging support customers will get
4. The service support
5. Will Rivian facilitate trade-ins?

There's a very long row of logistics to hoe between getting a vehicle from an auto show into a customer's hands. Tesla was given a lot of slack in its first few years on the market because there was sufficient pent-up demand among early adopters who wanted an electric vehicle with the performance and range that only Tesla was offering at that point, and they would accept a lot of compromises and even risk in product support.

The market is different now. My guess is that the market of early adopters for electric "adventure vehicles" is much smaller than the market Tesla was first targeting. To sell in significant numbers, Rivian is going to have to pull from a wider pickup truck and SUV market than extreme off-roaders, and now companies with established reputations and dealer and service infrastructure are quickly lining up with SUV and crossover offerings (Jaguar, Audi, Mercedes) and soon, perhaps, pick-up offerings (Ford, GM, Tesla).

In short, Rivian is going to need to enter the market as a more mature total business enterprise than Tesla did in 2012 with its sedan.

1) They are already working on this, and I'm guessing it will be a roadshow, focused first on either largest target markets or those with the most preorders.
2) I fully expect them to follow the Tesla model & capitalize on the work Tesla already did here. OR through partnership with Ford/Ford dealers in the US.
3) I don't expect any charging included. Rivian owners will be able to use the growing network of 3rd party charging providers, and I'm hoping for a Tesla agreement as well.
4) I'm fairly confident the service network will at least initially be Ford dealerships, especially since Ford will have at least one vehicle using the platform.
5) I expect a partnership of some sort, either something like a Carmax or potentially Ford dealers, who might accept trade ins contingent on using Ford Motor Credit. The financing angle could be interesting due to the size of the notes.

It would be a real coup if Rivian could partner with Ford for sales and service support. I wonder, though, how interested Ford would be in supporting a rival product to Ford's own planned EV pickup (and future products) unless Ford got some stiff commissions for its assistance.

An odd thought: Electrify America is teaming with Walmart to put charging stations in Walmart parking lots. What if Rivian were to contract either to train Walmart technicians or to place their own service people in Walmart auto centers? Like Walmart or not, they are very creative about ways to expand their franchise into new markets and might be receptive. And if not Walmart, what about other car service franchises, such as Midas? Rivian is not going to be able to avoid the cost of training people to work on their vehicles, but they might be able to avoid the capital expenditures on service facilities.

I suspect you're right that Rivian won't contribute to charging costs. However, I wonder how much charging hardware will come with the purchase. Right now there are at least three different charging plugs in use, and after-market adapters are very expensive. My 2015 Tesla Model S came with all necessary adapters to use any charging station. My brother's 2018 Model 3 came only with a Tesla plug.

A Carmax link up for trade-ins would be a clever strategy, as long as the trade is booked through Rivian to get the sales tax reduction. Sales tax on a Rivian would be substantial in most states, and doing a trade-in would significantly reduce that tax in most cases, potentially bringing the total cost of purchase down by a few thousand dollars in many cases. Tesla used a third party trade-in firm when I bought mine in 2015 but booked the trade through Tesla, and it worked seamlessly from my perspective. 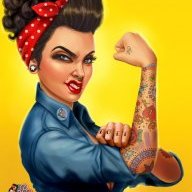 I have been wondering how a trade in could work - and I like what I am seeing above - if Tesla is successfully using a third party firm then I imagine Rivian will too. At least I hope so, as the already mentioned tax would be STEEP in Washington state
Reservations: Rivian R1S