How are you planning to haul your ski / snowboard gear?

So I was able to fit my 192-cm nordic skate skis diagonally flat in the bed of the R1T! Yay!!! The gentleman who owned the truck also had 2 snowboards and pairs of boots in the gear tunnel.
Pre-order: October 2020 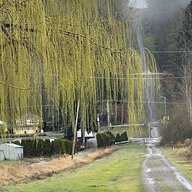 SteveInBend said:
So I was able to fit my 192-cm nordic skate skis diagonally flat in the bed of the R1T! Yay!!!
Click to expand...

But you will only be able to get one set of skis in at that size.
Build: R1S Adventure, Canyon Red/Ocean Coast, 20" AT
Pre-order Date: December 23, 2021 Expected Delivery Date: 2H23
Guide Contact: Nope

BillyBob said:
But you will only be able to get one set of skis in at that size.
Click to expand...

I think you could just stack several pairs on top of each other. The skis fit in the bed with the edge side down. Maybe put a thin layer of material between each set of skis to protect the edges, if desired.
Pre-order: October 2020 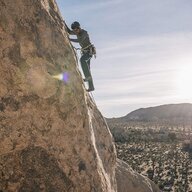 I currently demo skis when I go, but am looking at buying a pair around 180 cm or 5’10”. The gear tunnel is about 5’4” long, and 20” tall, so I’m optimistic they’d just fit at a diagonal vertically and horizontally.
R1T Adventure | Large pack, Jan 2021 reservation 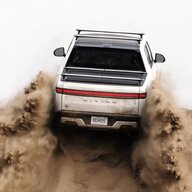 n8dgr8 said:
I measured my Yakima box. The mounts do not line up with the Rivian cross bars without going through the back window. If you do figure out how to mount it. The Yakima box is going to stick several feet out the back end.
Click to expand...

which Yakima box do you have?

n8dgr8 said:
My estimate is that my Yakima box will not fit over the bed. The clamps on the bottom of the box can only move so much. The factory cross bar mounts are too close to the back window. The box would likely need to go over the roof.
Click to expand...

which Yakima box do you have? Would be great if an R1T owner could post a picture with their Yakima box over the bed and over the cab with the crossbars

Just heard from Rivian Customer Service, and they stated that “it looks like your Yakima Skybox should fit in either position on the R1T, on the roof or on the bed.”

I have the Yakima Skybox 16, great roof box to carry our skis, poles, boots, inflatable SUP, etc, we use the box for our other car). Rivian Customer Service also provided the following dimensions:

Luckily for me, my longest snowboard fits easy but I am scheming a different setup before next winter. Thank you for posting this!

Most of my ski days are at Mammoth, in most seasons my wife and I go every other weekend, and I'm really interested at to whether my skis will fit.

Most of my Mammoth days I ski a 186 4frnt EHP. They are 116 underfoot and have a fair bit of rocker in the tip and some in the tail, although the rocker is not crazy. I would say I ski them 80-90% of the time at Mammoth, I tend to like wide skis.

This season I got a pair of 183 Praxis MVPs. They are 108 underfoot, with some tip and tail rocker. From all accounts I would assume they will fit. I'm hoping they could lie down in the bed, although I don't know.

When I'm skiing down south, Mt Baldy and the occasional summit/bear day, I typically use an Armada JJ in a 185. They are a bit more rockered out than the EHPs, so they might be more difficult to fit. Occasionally I will ski something sknnier, but I know those will fit.

I'm not quite as worried about the JJs for down south. I think they will fit and I would not need to close the Tonneau. Mt Baldy is only an hour and 15 minutes from my house, and I wouldn't mind driving with the Tonneau open.

But I'm particularly worried about the Mammoth trips. I would want to close the Tonneau for those.

I guess I'm wondering if I could fit the 186 EHPs and still close the Tonneau or if that is hopeless.

Another option might be to put a shell on the back. Has anyone here done that with an R1T? Does anyone have an idea of how that would affect range?

I really don't want to use racks, because I would lose range and with Mammoth being 340 miles from my house I want as much range as possible. If I was in Colorado or Washington state my trips would be closer and I might just want to put racks on.

Also, have any of you put surfboards in an R1T? Most of my days I surf a 6'4", but I sometimes take a 6'8" or 7'6" funshape if it's soft. I don't tend to do long road trips for surfing unlike skiing, so it is not quite as big of a deal, but it would be nice to see if anyone has experience and how they are dealing with things.

Thanks to everyone for the replies in this thread! It has really helped me so far. I was pretty sure I was going to go for an R1S, figuring I"m a couple of years away, but I the max pack option seems like it is off the table for that right now. My thinking is that I might be able to get an R1T more quickly, I'm just worried about skis and surfboards fitting in the bed.

A local R1T owner was kind enough to drop by the house for me to test. I was able fit my 192cm skate skis diagonally flat in the bed of an R1T. The fit was tight, though. Yay!
Pre-order: October 2020

Sorry to hear that, but not shocking. A 192 Benchetler is a HUGE ski!

I am curious about why Rivian is not doing what the EV Silverado is, extending the bed to under the back seats. It would really help solve this issue. There might be reasons why they are not, I really don't know, but it does seem strange. Given that their market is really people who are into adventure sports I would think extra space would help quite a bit.

On average my skis are 192 and some are even longer haha. Not sure what I'm gonna do come winter (though it did just snow again last night). Possibly just have them sticking out and secure with a bungee. Or I can probably just use the roof racks and my thule ski rack over the bed. Or maybe even my thule roofbox over the bed... though it would stick out but might be nice having the salt protection.
Sept 2021 R1T Adventure Order: El Cap Granite, BM. Off Road Package, 20" Black AT Wheels 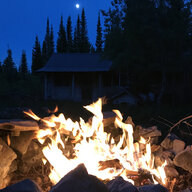 dl4060 said:
I am curious about why Rivian is not doing what the EV Silverado is, extending the bed to under the back seats. It would really help solve this issue. There might be reasons why they are not, I really don't know, but it does seem strange.
Click to expand...

Crossbars delivered today and can't get them to install

Crossbars officially confirmed to be locking!