He’s the designer of the Karma (which went bankrupt and was bought by a Chinese company and is now simply the brand Karma). Anyhoo besides the really cheesy/cringy opening it really seems similar to the Mach E. (250-300) mile range. Some people can buy, not sure who, but majority can receive one as a “flex lease” of $379 a month. Can reserve now on their app apparently for $250 bucks.

Not really much exciting, seems it will be lagging behind competitors in 2022 (Model Y, Mach E), although the pricing and structure model may be enticing.

I agree. The whole unveiling seemed rather pointless as the Ocean has been shown in multiple videos and articles over that last few months. Seemed like just another marketing opportunity to get more pre-order $s, which is understandable but IMO I wouldn't feel comfortable giving Fisker a dime until they go live with production and the vehicle got some miles under its belt proving not only their tech but they will stand behind their product.

Up sides: Sharp looking CUV (at best, not a SUV). I applaud their effort to push the solar boundary on a vehicle. Retracting rear window. Recycling waste products. High rear turning signals. Price but I get the feeling you may get what you pay for, maybe less.

Down sides: Thought it was interesting Henrik pointing out what's really not needed on an EV and that it could be removed. This could have been an up side but the only example I heard him mention was no frunk. (Really?) Makes me wonder what else they determined was not needed. Very little to no specs about the vehicle - range, battery size, etc. No demonstration of the roof retracting, seats folding flat, or other areas of the interior. But instead it was more important to show off the Karaoke mode ... which ended up not having any sound. The driver instrument display looked odd - small but yet had a bunch of unused space with it just displaying what appeared to be the speed. Of course it was in demo mode but I suspect there will be more come ... maybe.

I wish them the best as another EV player but that's about it. I'll stick with my Rivian and Mach-E pre-orders for now.
A 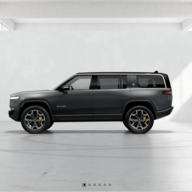 Nope, it doesn't even have a hood that opens. It's just another fixed panel.
A

EyeOnRivian said:
Thought it was interesting Henrik pointing out what's really not needed on an EV and that it could be removed.
Click to expand...

E.G. the solar roof which gives you 2.7 mi pr day free juice - if you live someplace like Palm Springs. Seems to me that a frunk is much more useful than that. Consider the Rivian. I keep all my charging adapters, jack, tire inflator, patch kit etc. in the frunk of my X. Very handy. One wonders how one accesses the stuff under the bonnet for service.

That is very interesting because now Tesla's are being built in China, I expect to see some amazing technology to pop up related to Tesla and others manufactured, particularly in this space - power back and forth between the home and the other ev. Now that technology is allowed to come to the US, that might be a different story. I researched some information and found this blog about How Hot Do Solar Panels Get - Blog About Solar Energy | Websolarguide
Last edited: Feb 6, 2020
E

Location
Out and About