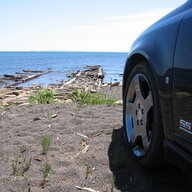 Friscorays said:
Somebody posted on an alternate forum pics of sanding required to get it to fit and it wasn't pretty. Thankfully, my order was lost in shipping and I got a refund without having to bother with return process. Dark-Fx said:
Hit it with some acetone after sanding.
Click to expand...

This junk was recommended on this forum by a "member"!!
Do NOT BUY this..
https://www.amazon.com/dp/B0B973BBWV?ref=ppx_yo2ov_dt_b_product_details&th=1
Same BS w. me ..package ''lost'' second package came after 5 weeks, doesn't fit at all ,threw in the garbage. 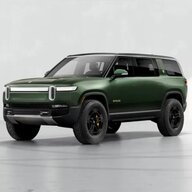 Just need to remove both arm rests & the passenger seat.....should be a breeze then.

They are still selling it and amazon doesn't let me leave feedback and they don't post my review either.There is an another buyer who wrote a product review.I wish I've read it before.
OP
OP 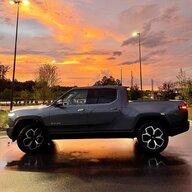 I also left a review on Amazon for this product and it does not show up. Sketchy.
Nov 21/R1T Adv/ElCap/FE/21”/pow tonneau (fixed)/road shield/spare 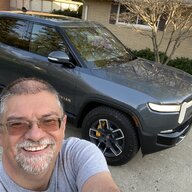 elektrode said:
I also left a review on Amazon for this product and it does not show up. Sketchy.
Click to expand... 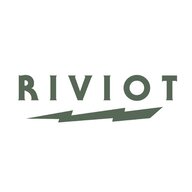 Rivi said:
Ohh..that's great.Let me jump in the dumpster...maybe they didn't empty it since yesterday..
Click to expand...

You should try the CDEFG one You can't make this crap up. Where do they come up with the names?

By the time you by another of these crap trays, you could've just bought a quality, tested, recommended, and improved one from another vendor who's a site (community) sponsor.
#1 R1T LE/LG/BM/ATs
Pre-order: Dec '18 Delivered: Mar '22
#2 R1S Adventure/El Cap/BM/21s
Pre-order: Dec '21

Just placed an order for a green Twraps one.

When I placed my initial order, I preferred the layout and rubber mats of the LFOTPP to the Twraps v1. The price, design, and wait times were all part of the trade offs I made. Wasn’t just because I was cheap.

The divider in the Twraps v2 and the redesigned cable holes fix the issues I had with it (reviews indicate v2 fits better too). Maybe I’ll be able to repurpose some of these rubber mats with some scissors.

Hopefully this drama will be over by next week. I can’t be arsed to put the LFOTPP to the sander or wait a month for the other suggestion. 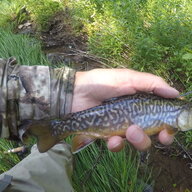 So,,finally got one in the mail. It was pretty soon after they said they were sending a second one, so thinking it might be the first one that got here. Who knows. I will say it did seem sturdy with a nice finish out of the box. Knew it would have issues fitting based on the thread. I was able to get it in. It was hard, but not impossible. Haven't tried to remove it yet, but I'm sure it will be a pain and involve some four letter verbal coaching to get out. No way is it functional for anyone that regularly accesses anything they store in the space below it. We'll see if my Amazon review gets posted. Amazon did say it can take up to several days to process and post the review.

If a second one does show up, someone is going to have the option of getting one of these really cheap with a much higher chance of shipping success rates. They will probably eventually get the size right, but knowing where it is coming from I doubt they will ever overcome their unpredictable shipping woes, especially if a garbage company like Fedex is involved.
R1T Mar 2020 preorder, El Cap, max large pack, Adventure package, 20" ATs, floor mats, roof rack, powered tonneau.
Delivery window: first half 2023. Aug-Sep 22 (Switched max-->large pack 5/2/22)
Guide assigned: Yes - 7/24/22
Configuration confirmed - 7/24/22
8 steps complete - 7/29/22
Delivery - 8/2/22 (with the spare!) floor mats - 10/17/22 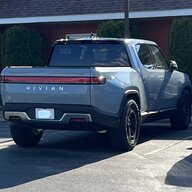 I ordered one of these in Sept as well, and got the same lost shipment story and they are now sending a v2 version. I just cancelled the order due to the feedback here and ordered the twraps model.

Riviot said:
You should try the CDEFG one

You can't make this crap up. Where do they come up with the names?

By the time you by another of these crap trays, you could've just bought a quality, tested, recommended, and improved one from another vendor who's a site (community) sponsor.
Click to expand... 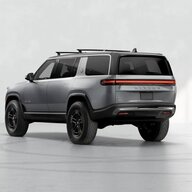 Sincerely appreciate the PSA. Had this in my Amazon “shopping list” for when my delivery gets closer, but just deleted it. Wish the TWRAPS one came with some rubber mats…. If anyone else finds a good one, pls let the community know!
You must log in or register to reply here.
Share:
Facebook Twitter Reddit Email Link