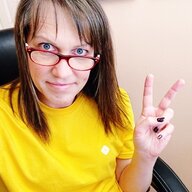 
Tesla's Cybertruck May Not Actually Happen


Has Elon Musk been trolling everyone when it comes to his company's odd-looking take on an electric vehicle (EV) truck?


Tesla's TSLA Cybertruck has always seemed like a bit of a goof and Tesla CEO Elon Musk has never been above playing with people. The company has a website for Cybertruck where people can reserve one of the vehicles for a refundable $100 deposit -- essentially no commitment for a vehicle that won't be cheap, according to pricing data from Kelly Blue Book.


The base price for a single-motor, rear-wheel-drive Tesla Cybertruck is $39,900, not including destination charges. The Dual Motor all-wheel drive version starts at $49,900 and the top of the line Tri Motor all-wheel-drive Cybertruck costs $69,900. Unlike many other electric cars, Tesla’s are no longer eligible for federal tax incentives.​
That's a price that's in line with top-tier pickup trucks, but the very low deposit makes any reservations the company has dubious at best. And, questions also remain as to when exactly, if ever, the vehicle will enter production as Tesla has removed the 2022 arrival date from its Cybertruck website.


Tesla Cybertruck Delivery Has Been a Moving Target


Musk promising delivery dates has always been something that even Tesla fans have to take with a grain of salt. In August of 2021, Tesla promised a 2021 delivery for Cybertruck.


“We’ll make a few deliveries of the Cybertruck in 2021, but volume production is set for next year. You will be able to complete your configuration as production nears in 2022," the company posted,


Now, all mentions of dates have been removed from the website. Tesla does, however, have an earnings call set for January 26, and Musk has said to expect a "product roadmap" on that date.


Musk first announced the Cybertruck in 2019. It was expected to be produced at the company's Austin, Texas facility but it remains unclear where the company stands in the production cycle and whether a 2022 delivery will happen or, frankly, whether Cybertruck will happen at all.


Musk's Cybertruck Has Always Been Controversial


Cybertruck has been controversial since it was first announced, It's an unconventional design and even Musk has cast doubt on whether it would succeed..


Legendary automotive designer Frank Stephenson has also been a critic. The designer, who has held top positions at McLaren, BMW, Ferrari, Maserati, Alfa Romeo and other carmakers, posted his thoughts in a YouTube video about a year after Cybertruck was introduced.


It’s our job as designers to not guess what the future is going to look like, but to decide what the future will look like. In every OEM project that I’ve worked on, my responsibility has been to create a car that will still feel fresh at least 10 years into the future. My first concern with the Cybertruck is how dated that it’s going to feel in a very short timespan.​
This design for me reveals that Elon Musk’s genius is of course sturdily rooted in the future but without a strong enough grasp on the past. If technological progress does not march into the future hand in hand with nature then it is not progress at all and — given Musk’s dedication to a collaboration with nature in his use of electric vehicles — makes this design feel even more dissonant against the future that we ought to be creating,​
That's not a damning commentary and it gives Musk the benefit of the doubt that Cybertruck will actually happen. That may be a leap given the reality of what has actually happened.


Currently, Tesla's Cybertruck has a webpage that's a single page and the company has done little other than give vague release dates that it then pushes back. Musk has promised a roadmap on Jan. 26, but his past history of being willing to troll/have fun with his company's fanbase and his social media followers suggests that the Cybertruck will only actually be a thing when the company actually starts making deliveries.
Advertisement
Last edited by a moderator: Jan 13, 2022 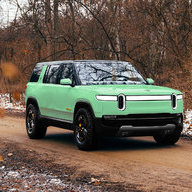 I'm sorry but this seems as much about clickbait as anything else.
No new information given, just a rehash of some old news and a super uncommitted title with "MAY not".

Do I think it will happen? 50/50 IMO but I do believe it will play a role into something Tesla is doing whether the cybertruck itself becomes a real product or not.
Last edited: Jan 13, 2022
R1S Adventure - 7 Seat - NE Ohio
Delivery Window: October - December 2022
Preorder Deposit - Jan 4, 2020
Take the Delivery Survey (credit: Craigins): https://docs.google.com/forms/d/1V_hZG-E2VYikIvVaKqTkrxwr6P8Y3Bol7KT35JL7Sf8
Delivery Window Survey Results (credit: Craigins): https://rivian.craiginsdev.com/
OP
OP

Oh The Street is always click-bait, for sure. But there will still never be a Cybertruck. Tesla just reported record sales of their other cars - so what part of the CT is delayed? How can they build all their other cars?

With how big the electric truck market is shaping up to be, I'd be shocked if there isn't a Tesla truck sooner rather than later.

With that said, I think the "Cybertruck" that gets sold will look a lot different than the goofy concept vehicle we've seen. 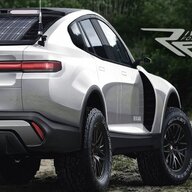 The thestreet.com … just another garbage "finance" site.
As for the ClusterTruck ever happening, I'd say 100% it will happen, but who knows what or when.

Like it or not, I still expect Cybertruck to hit the market looking more or less like the concept that was shown. The challenge is figuring out how to mass produce a vehicle with a stainless steel exoskeleton at a reasonable cost. It might end up being a $100,000+ flagship model rather than the $40,000 mass market truck first promised. However, I have no doubt they will deliver something.
OP
OP

Slow down there... They still haven't figured out how to make a windshield wiper.

Tesla doesn't want to build the Cybertruck because:
1) they don't know how to build the truck or the 4680
2) the Supercharger network is already overcrowded

Tesla / Musk said they don't want to build the truck before they build the Y (starting soon in Texas) and their next vehicle (smaller than the Model 3 focusing on China, a larger EV market.)

Tesla needs two years to build out the Supercharger network.

The truck will be built in Texas in about two years … we've already seen a toned-down version and Tesla is clearly struggling with the chasm between prototype and production vehicle (wipers, mirrors, cabin, etc.)

Meanwhile, Ford will build as many Lightnings as it can sell, GM will stuff some batteries in a Chevy Avalanche (mid-gate) and bring it to market before Tesla can invent the production method for the 4680. Tesla could well end up using CATL or BYD for a battery. 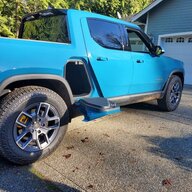 Yeah they did! They made the one wiper to rule them all!!!

Slow down there... Your previous post stated that they just reported record sales of their other cars so they've clearly figured out something.

You do realize RJ goes to bed at night dreaming that Rivian will be 75% of what Tesla already is, right?

I don't like Tesla but Rivian doesn't exist if Tesla hadn't paved the way. 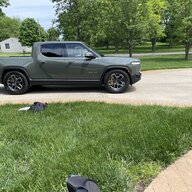 I think it will happen, but it will be a really slow ramp up, maybe a few hundred this year, or early next year. I’m also concerned about the quality of the vehicle, it just doesn’t look very nice on the interior or exterior, and knowing their track record they’re definitely going to cut corners to make it happen. I hope they come out with something and it’s a great product though, but my hopes are very high
2022 R1T Launch Green 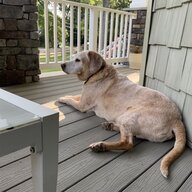 It was reported on multiple news sites that Tesla wiped any reference to a delivery year/timeframe from the Cybertruck page. That's the news. Journalists then drawing their own conclusions is the click bait. But Tesla did scrub their site of any date.

Taycanfrank said:
I don't like Tesla but Rivian doesn't exist if Tesla hadn't paved the way.
Click to expand...

And Apple would't exist if ENIAC hadn't paved the way. How many people have one of those at home?

Taycanfrank said:
You do realize RJ goes to bed at night dreaming that Rivian will be 75% of what Tesla already is, right?

Toyota may be producing its own EV truck to rival Rivian.
2 3