In a great sign of Amazon's confidence in Rivian, the company has just placed an order for 100,000 Rivian electric delivery vans. This adds on to their $700M investment in Rivian.

The first vans, only the third vehicle announced by Rivian, would hit roadways in the U.S. by 2021. The automaker would have 10,000 vans on roads by late 2022, said Rivian spokeswoman Amy Mast.

Amazon CEO Jeff Bezos announced the deal at an event held Thursday at the National Press Club in Washington, D.C. Bezos' speech focused on addressing climate change. Mast told The Detroit News that the Rivian vans would save 4 million metric tons of carbon dioxide emissions from U.S. neighborhoods when the fleet is fully operational. The vans would be built alongside the electric pickup and electric SUV Rivian plans to launch in 2021.

"This is an integral part of our plan for our plant," Mast said. "They've been custom designed for Amazon."

While Amazon led a $700 million round of funding for Rivian earlier this year, the vans were negotiated outside that partnership, Mast said. Rivian and Amazon did not disclose a price for the fleet. The vans would not be sold to other customers. While they share underpinnings such as battery assembly, powertrain, electrical components and connectivity, with Rivian's forthcoming five-passenger electric R1T pickup and a seven-passenger R1S SUV, the interior and other pieces of the "top hat" of the vehicle were designed specifically for Amazon, Mast said.

The vehicles will be manufactured at Rivian's plant in Normal, Illinois. The automaker is renovating an old Mitsubishi plant in central Illinois where it plans to start building those vehicles next year. The Amazon vans are the latest in a growing string of partnerships and investments in Rivian. The automaker, which has yet to build a production vehicle, netted a $350 million investment from Atlanta-based Cox Automotive earlier this month.

That announcement followed a $500 million investment from Ford Motor Co. and Amazon.com's $700 million earlier this year. The automaker has grabbed the attention of big-name investors and the public for its vision of rugged, longer-range electric vehicles that can go off-road, haul, and stand up to wear and tear that electric vehicles aren't currently known for.

The automaker has poached engineers and others from the Detroit Three, including a designer who worked on Ford's forthcoming Bronco SUV.

The quiet startup aims to launch a five-passenger electric R1T pickup and a seven-passenger R1S SUV with a more-than 400-mile range and off-road capability in late 2020. The Plymouth-based startup made waves late last year when it unveiled the sleek products — hardly anyone had heard of Rivian.

The company didn't even have signs on its buildings last November, shortly after it stole the show at the Los Angeles auto show. 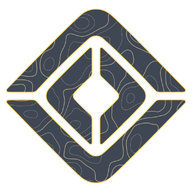 Very cool! Making me second-guess my recent purchase of a cargo van for a #vanlife buildout. Curious what the dimensions of the Rivian van is going to be,
K

We all expected Amazon after their investment would place a large order, but 100,000 skateboards is more then I expected. It better not slow down production of my R1T....lol.
J

I want this for our company. Hopefully general public will be able to order them.

I am sure the perfomance of the delivery vans will be governed (wink)...I can just see the packages spilling out of the back when going from 0-60 is 3 seconds (LOL) if it is not governed.

I thought the Cox investment was an indication of an upcoming Rivian fleet vehicle...just didn't expect an announcement so soon!
H

This press release was the second time in as many days that I've seen mention that the R1T and R1S won't be launched until 2021 instead of late 2020. (The other was a comment Scaringe made in Atlanta to one of the posters on this forum.)

With fleet sales far easier to handle logistically than consumer sales, I hope Rivian is not going to shift focus away from consumer deliveries too early in the game.

I don't know the source of that Amazon Prime vehicle photo (probably CGI), but I notice it has round headlights instead of the stadium lights that Rivian has been claiming is going to be its chief visual brand identifier. (I see the vehicle carries a "Powered by Rivian" banner on the pan panel, so maybe the vehicle itself is not going to be branded as a Rivian.)

I wonder if Rivian is biting off more than it can chew in its own version of the over-reach that plagued all of Tesla's introductions.

I hope they make that into an RV!
S

I am definitely going to ask how they plan on handling the production of the van and still manage to meet the general public's expectations of delivery date of late 2020 when I go to Seattle. ( I agree with Hmp10, I feel like the door is wide open for 2021 rather than 2020 now).

They have plenty of room at the Normal factory, and here is an excerpt from an article on CNBC:

"Despite the massive scale of the order, the electric truck maker said it won't impact its other production plans.

The company plans to deliver its R1T pickup and R1S SUV at the end of 2020 as planned, said a Rivian spokeswoman Amy Mast."

Oh, and most preorder deliveries will be 2021 regardless.

Rivian is planning to ship no more than 40K vehicles in the first year of production, so that's only around 3K a month. If they start deliveries in October, you should expect 10K or less to be delivered in 2020.

Skigh said:
I am definitely going to ask how they plan on handling the production of the van and still manage to meet the general public's expectations of delivery date of late 2020 when I go to Seattle. ( I agree with Hmp10, I feel like the door is wide open for 2021 rather than 2020 now).
Click to expand...

Be sure to grab us some video, (perhaps live posting via Facebook, etc.?) while you're there, will you?

Also, here is a good article from Jan of this year about the Normal plant, which used to crank out 200K vehicles a year: