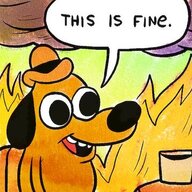 ​
This is some pretty shady stuff

Tesla has clandestinely downgraded its performance brakes on the Model Y Performance and even put a cover to hide the change in a deceptive move.


When going from a Model Y Long Range to Model Y Performance, the biggest difference is arguably the performance brakes.

You also get faster acceleration and higher top speed, but those are basically software unlocked since the powertrain in the vehicles is virtually the same.

There are also bigger wheels, but that’s a positive or negative, depending on how you look at it.

The bigger Brembo brakes are arguably the most significant upgrade for the money to move up to the top-performance version.

However, we now learn that Tesla has downgraded the brakes and has done it in a very sneaky and deceiving way.

The company was working on some customers’ Model Ys and some of their own Model Y vehicles and discovered the downgrade:

We already have a 2020 MYLR and a 2022 MYP that belong to other members of the company and now have added a company owned 2023 MYP to further develop. We brought all 3 into the office to do some comparisons and a quick tear down. It was at this time that we opted to snap some photos, shoot some video, take some measurements, and reveal what is hiding behind the rear covers. Little did we know that not many people were aware of this downgrade and Tesla still markets it as a performance upgrade on their website.
Click to expand...

The Performance upgrade on the Model Y brings a rear Brembo caliper and a 2mm thicker rotor with additional venting features.

The company spotted this around September when Tesla started to replace that Brembo caliper (right) with a new Mando brake (left):

The company now says that the rotor is 2mm thinner with the downgrade.

Here’s also a comparison of the brake pads on both calipers, which clearly shows the Brembo to be more significant in size:

ZEV Centric, who are brake experts, believes this is a significant downgrade and believes Tesla should provide them with the Brembo brakes since the change was not indicated on Tesla’s Model Y configurator.

Tesla has been known to implement cost-cutting efforts by removing features over the last few years, such as removing passenger lumbar support controls and ultrasonic sensors. 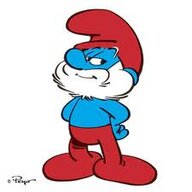 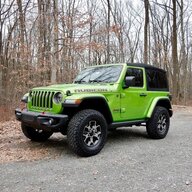 COdogman said:
That alone would be understandable. It’s the adding of the plastic covers trying to hide what they did that is just SO greasy to me.
Click to expand... 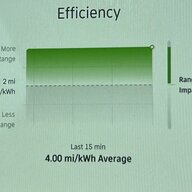 COdogman said:
That alone would be understandable. It’s the adding of the plastic covers trying to hide what they did that is just SO greasy to me.
Click to expand...

Former MYLR here - had those rear Mando calipers from day one. Honestly they’re not terrible for rear brakes on a car with heavy regen (and no track mode, bleh)

What’s extra shady is that they overtly tried to cover it up. Want to introduce smaller brakes? Fine, but let people know and don’t try to cover it up. 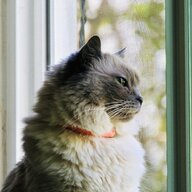 ads75 said:
If their customers don't care about paying for "beta" FSD, will they care about brakes?
Click to expand...

CharonPDX said:
I’d argue they care about having brakes that are claimed to be “performance” and look different than standard. 99% don’t actually care what brakes they have.
As far as I can tell, Tesla never listed a certain size or brand of brakes on their website. Just “performance brakes.”
Click to expand...

I think you are probably right about that. Had they even quietly removed the name “performance” from the description it would be a different story to me. This is literally the definition of false advertising. They are still using the original description but downgraded the product.
December 2021 R1T Adventure order. LA Silver/ Black Mountain (wood). 20" ATs w/ dark wheels. Manual tonneau. Powered tonneau. Manual tonneau. +Factory Xpel
Delivery window. April-June 2023 "Processing Estimate"
Confirm configuration email received & Guide assigned: 11/11/22
Guide contact: No YES!

Around where I live the average Tesla driver probably doesn’t even know what a brake caliper is. The brake is just a pedal on the left to most folks. Just like most folks aren’t in forums.
As PT Barnum said…nobody ever went broke underestimating the intelligence of the average American!
Pre-order 03/20
R1S LE, Glacier White, BM Interior, 20” wheels, w/Underbody.
Est. Delivery Feb/Mar 23 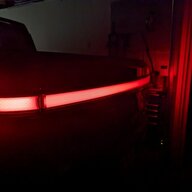 Wonder if they make those to cover up the Rivians similar rear caliper!

MXA121 said:
Wonder if they make those to cover up the Rivians similar rear caliper!

Those price cuts gotta come from somewhere, right? Can't help but wonder what else Tesla cut in other less accessible places.

What to expect going from a Tesla to a Rivian: my experience
2